In fantasy baseball, relief pitchers are a unique breed. They represent the only roster position which is solely responsible for an entire statistical category (Saves). If you do not have an effective closer or two, you run the risk of losing an entire category. For head-to-head leagues in particular this can be a serious issue. There are those fantasy baseball owners who believe it is important to get a quality closer early and help solidify the Saves category. There are also those who believe that saves can be picked up ‘on the cheap’ from the waiver wire throughout the season. Whichever approach you prefer to take, it is worthwhile taking a look at the top ten fantasy baseball closing pitchers for 2012:

It may seem over-eager to rank a 23-year-old closer with only one full major league season under his belt as the best closer in fantasy baseball. However, when that season includes 46 saves,.178 BA against, 1.04 WHIP, 2.10 ERA and an amazing 14.84 K/9, it’s mostly a no-brainer. It’s not impossible that Kimbrel ends up with twice as many strikeouts as the second closer on this list.

Don’t let the arbitration acceptance of Francisco Rodriguez with the Brewers scare you. Axford is the man in the 9th inning in Milwaukee. He followed up a good 2010 season with an even better effort in 2011 including tying Kimbrel for the NL lead in Saves. The loss of Braun for 50 games may mean more close scoring games and more opportunities for Axford. All is well.

Washington’s starters may just hand Storen more opportunities in 2012 than he had last season. His stuff isn’t overwhelming but he does put up almost a strikeout per inning and another 40-save season looks attainable.

Moving from the Red Sox to the Phillies will not have much of an impact on Papelbon’s overall statistics. His ability to replicate his delivery is second only to Rivera in major league baseball. The 2.94 ERA he put up in 2011 is a little unsettling (but almost a run better than 2010) however his 0.93 WHIP was outstanding and his K/9 has not fallen below 10 since 2006.

A lot has been made of the drop in strikeout rate (down 3.71 from 2010) but his peripherals were all in line with past performance. He is a bit of a fly ball pitcher (.81 G/F) so we’ll have to see how the new ball park in Miami plays but he’ll have some sparkling infield defense behind him for anything hit on the ground. There is a push in Miami to succeed in 2012 and Bell may prove to be a good fantasy pick.

The most difficult trait to find in evaluating closing pitchers is consistency. Rivera is the one and only member of this list that oozes consistency out of every pore of his body. He is a human being (not a robot) and as such will see his skills erode at some point. However, he is showing no signs of slowing down having put up a sub 1.00 WHIP once again in 2011 (not to mention 44 saves).

Injuries knocked Wilson from the top of most lists in 2011. He saw his K rate decline and his walk rate increase. For now, we’ll chalk it up to injury. Watch him coming into spring training. If he’s healthy, get him.

The Pirates closer saw his K/9 drop precipitously (down 4.92 from 2010). However, his command improved and he managed to save 40 games for a Pittsburgh team that mustered only 72 victories all season. Granted, this was due to a high number of close games but Hanrahan proved he could get the job done in the 9th inning. If his strikeout rate improves even a slight bit, his stock goes up.

While he didn’t quite achieve the greatness he showed from 2006-2007, Putz came pretty darn close last season. With a WHIP under 1.00 and holding batters to an average of less than.200, Putz proved he could close games once again (to the tune of 45, no less). Injuries always lurk in the shadows with Putz so tread carefully. However, he may be worth the risk.

Santos surprised many last year by taking hold of the 9th inning role with the White Sox. He put up an impressive 13.07 K/9 while holding opposing batters to a .181 average. He has been anointed the closer on a team that is looking to contend in 2012. Should be an interesting fantasy pick.

When considering fantasy baseball relief pitchers for 2012, these pitchers should be given some consideration. Even though it is the most inconsistent position in fantasy baseball, having the right closer on your roster can go a long way to ensuring victory. 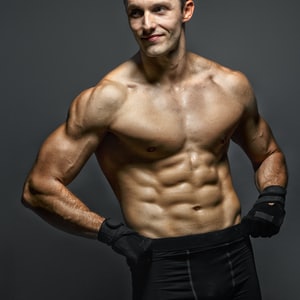