New York Yankees owner Hal Steinbrenner provided an update on the Aaron Judge negotiations in a preview of an exclusive interview with YES Network.

The 2022 season did not end well for the New York Yankees fanbase, as they watched the team get swept by the Houston Astros in the American League Championship Series, who went on to win the World Series. That since started an important offseason, where the Yankees watch outfielder Aaron Judge hit free agency after a historic year. The fanbase wants to know just how far the team will be willing to go to sign him.

On Friday, YES Network released a clip of clubhouse reporter Meredith Markovits’ exclusive interview with team owner Hal Steinbrenner, his first since the team’s season ended. Steinbrenner revealed that he’s “had more than one conversation” with Judge since the end of the campaign, and said they were “positive.”

You can listen to Steinbrenner in the clip below, courtesy of YES Network. The full interview will air on the network on Monday, Nov. 14 at 7:00 p.m. ET.

Marakovits later asked if Steinbrenner feels confident that Judge will be back in pinstripes. Below is his answer.

Judge is expected to command a ton of attention in free agency, with the San Francisco Giants being one team linked heavily to him. He did, after all, break the American League’s single-season home run record with 62, a record previously held by Yankees great Roger Maris. He is also the favorite to win the AL MVP award after leading the league in home runs, RBI (131), runs scored (133), walks (111), on-base percentage (.425), slugging percentage (.686), OPS (1.111),and total bases (391).

This all happened after he turned down a seven-year, $213.5 million contract extension offer ahead of the season, which general manager Brian Cashman revealed to the media just prior to Opening Day.

The Yankees are coming off yet another year where they fell just short of the World Series. They haven’t made it back since they won their 27th title in 2009. Their opponents, the Philadelphia Phillies, returned to the World Series before they did.

There are no changes on the managerial front, as Aaron Boone is returning for a sixth season. That news came from Steinbrenner, via the Associated Press. General manager Brian Cashman is technically not under contract with the Yankees, but he is at the General Manager meetings in Las Vegas.

Yankees fans are waiting to see what moves the team will make to try to improve their roster this offseason. The biggest question that needs to be answered is–  will Judge be on the roster in 2023 and beyond?

Steinbrenner told Judge he will do “everything” to keep him, but that will remain to be seen if the superstar outfielder will put pen to paper with the Yankees. 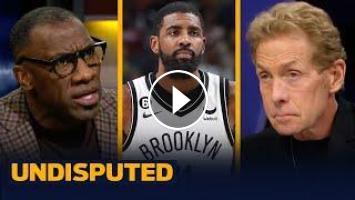