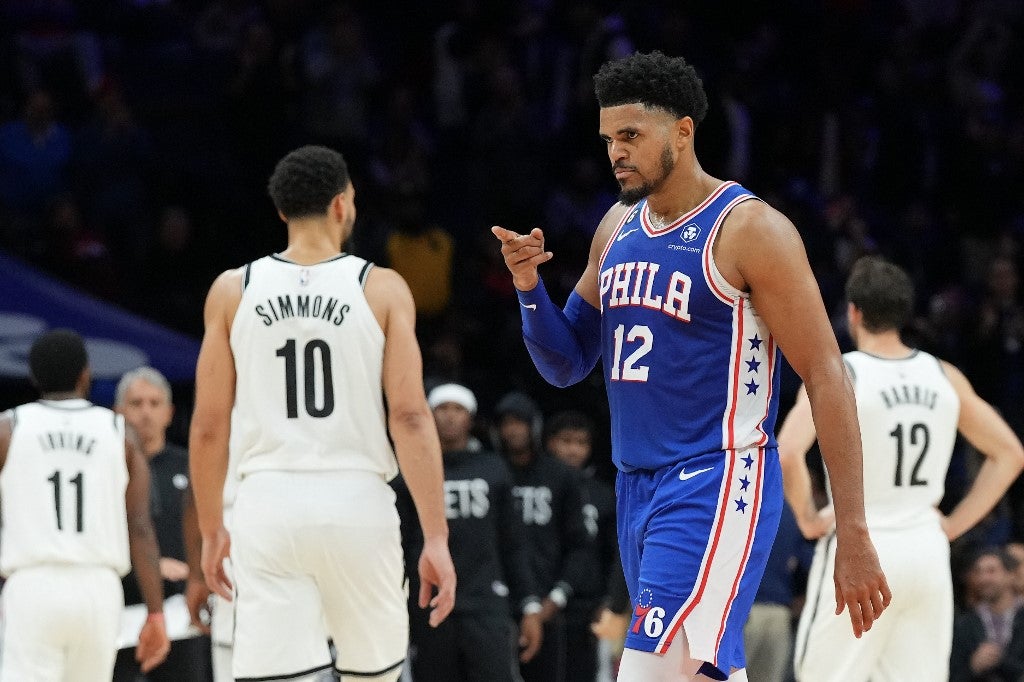 Tobias Harris #12 of the Philadelphia 76ers reacts in front of Ben Simmons #10 of the Brooklyn Nets in the fourth quarter of the game at the Wells Fargo Center on November 22, 2022 in Philadelphia, Pennsylvania. The 76ers defeated the Nets 115-106. Mitchell Leff/Getty Images/AFP (Photo by Mitchell Leff / GETTY IMAGES NORTH AMERICA / Getty Images via AFP)

The pre-game focus was on ex-Sixer Simmons playing his first game in Philadelphia since being traded to the Nets in February, but the shorthanded hosts — playing without injured starters Joel Embiid, James Harden and Tyrese Maxey — stole the show.

Tobias Harris scored 18 of his 24 points after halftime, De’Anthony Melton added 22 points and Paul Reed came off the bench to add 19 points and 10 rebounds to spark the 76ers. Shake Milton and Georges Niang each contributed 16 points.

“I just needed to get into a rhythm, and once I was able to find that flow, I just stuck with it and made the right play,” Harris said.

Sixers fans loudly booed Simmons when he was introduced and every time he touched the ball, spite born of a bad breakup with the 26-year-old Australian after four seasons in Philly.

“I thought it was going to be louder,” Simmons said.

Ben Simmons made both free throws.

Simmons, taken by the 76ers with the first overall pick in the 2016 NBA Draft, played 32 minutes and scored 11 points, dished out 11 assists, grabbed seven rebounds, blocked three shots and made three steals.

“I thought he did a great job of just handling it and playing his game,” Nets forward Kevin Durant said. “There are a lot of emotions. You just want to play well. You know the fans are going to be involved and get excited.”

Simmons, who made 4-of-7 shots from the floor and 3-of-6 from the free throw line, signed autographs for a few supportive fans.

“It was nice to see I had support in Philadelphia still,” Simmons said. “I don’t think we had all bad times.”

“We just said we’re going to need everybody’s effort and we need everybody to be as confident as ever,” Harris said. “For us, it’s just figuring out ways to make sure everybody has that impact.”

“Just got to go through it and stay confident,” Irving said of Simmons handling the boos. “I think he did well.

“It’s good to hear their loud voices, hear their boos. Next time, hopefully that motivates us to go out there and get that win a little bit more.”

Philadelphia began the fourth quarter with an 11-5 run for a 96-87 lead. The Nets came no closer than seven after that.

“Everybody wants to see our team fail,” Durant said. “It’s just something we’ve got to deal with.”

The 76ers (9-8) lacked Embiid, out with a left foot strain; Harden, sidelined with a right foot sprain; and Maxey, who has a broken left foot.

“Anytime we’re down that many starters, it’s everybody just coming together and realizing we needed each other,” Harris said. 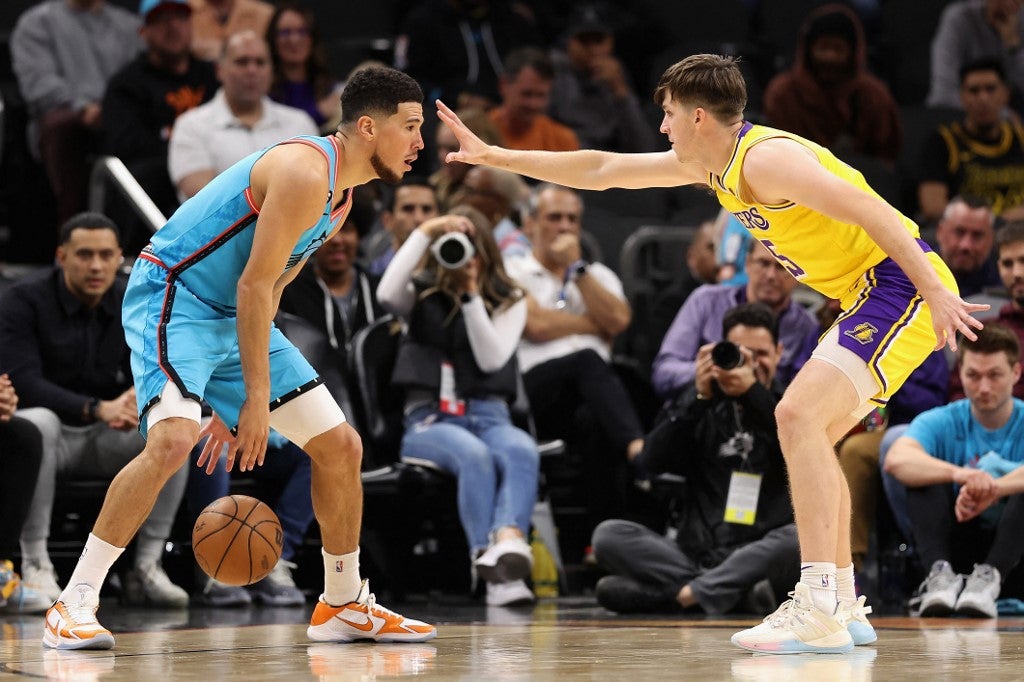 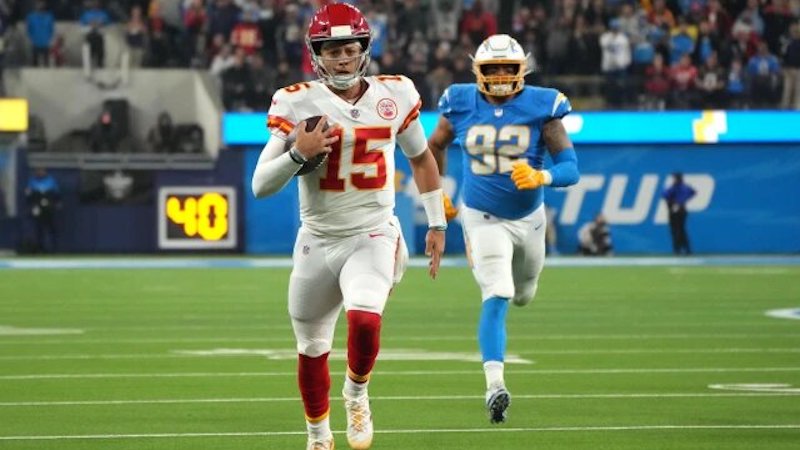