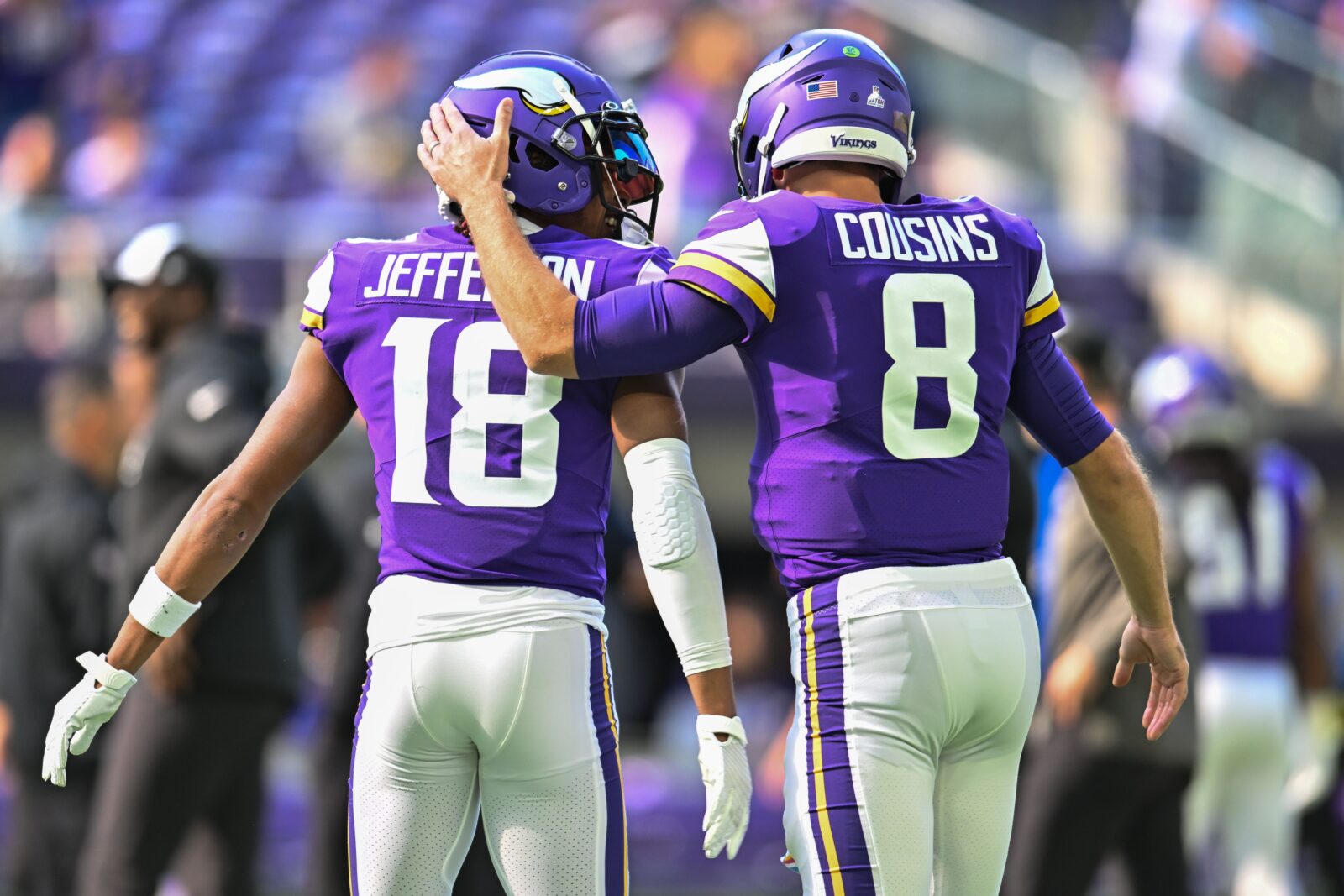 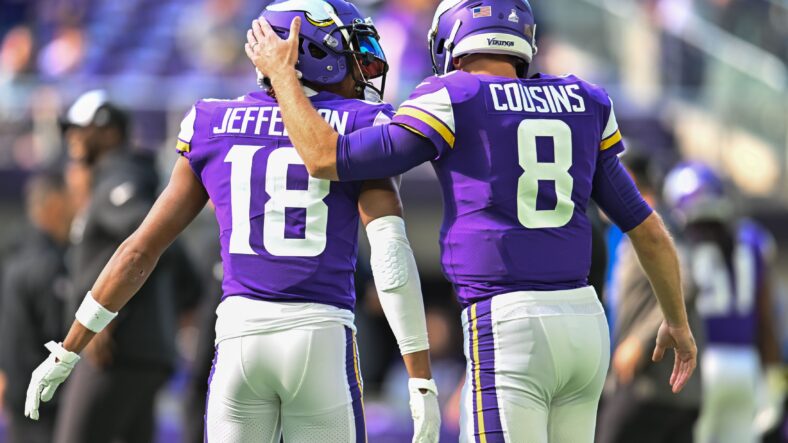 The upcoming Cowboys game will likely be a challenging one for the Vikings. Thankfully, some Vikings cornerstone players are going to be available. Neither Christian Darrisaw nor Justin Jefferson will miss the game.

The bad news is that the team will again be without Dalvin Tomlinon, their star defensive tackle. Rookie corner Akayleb Evans will also miss the game while edge rusher Za’Darius Smith is questionable.

Both Jefferson and Darrisaw appeared in earlier iterations of the injury report. The final one suggests both will be available. Forced to guess, I’d say that Smith is available to the defense. That’d mean that arguably the team’s 3 best players are all playing after being listed on the injury report during the week.

Since the Vikings overcame the Bills in a remarkably exciting game, there has been a lot of chatter about Jefferson. The 23-year-old WR1 was unstoppable in that game, piling up 10 catches for 193 yards and a TD. Oh, and he may have made a pretty nice grab:

His efforts secured him the NFC Offensive Player of the Week Award. A week after competing against Stefon Diggs, Jefferson gets to matchup with Trevon Diggs. Stefon’s younger brother has a reputation for being a ball hawk. A quick glance at this stats confirm that perspective. In 2021, Diggs put up 11 INTs and 21 PDs. So far, Diggs has 3 INTs and 12 PDs in 2022.

In other words, we’ll once again get to see Jefferson go against some great competition.

Some other Vikings cornerstone players were included in the earlier injury reports. Darrisaw looks like he’s ready to roll, a positive sign given that the Cowboys will feature some excellent pass rushers, Micah Parsons foremost among them. Smith, moreover, is an integral part of the defense. I suspect he’ll be out there for Ed Donatell and the defense.

On the Cowboys end of things, perhaps the greatest intrigue rest in Anthony Barr’s status. The 2014 first-round pick spent the entirety of his career in Minnesota before signing with Dallas during the offseason. He is a veteran presence in Dan Quinn’s talented defense. Currently, it seems like the veteran LB will be able to play.

Overcoming the Cowboys would mean the Vikings would climb to a 9-1 record. If the Eagles lose, then Minnesota would have sole possession of first place in the NFL. That’d mean the team has their playoff destiny fully in their own control. Winning the rest of their games would lead to securing a first-round bye and home-field advantage.

Alas, we’re getting ahead of ourselves a touch, but you likely see the point. Minnesota has put itself in a nice position after the year’s opening 10 weeks. The presence of some Vikings cornerstone players will make the upcoming Cowboys game more winnable. 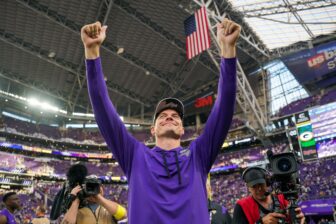 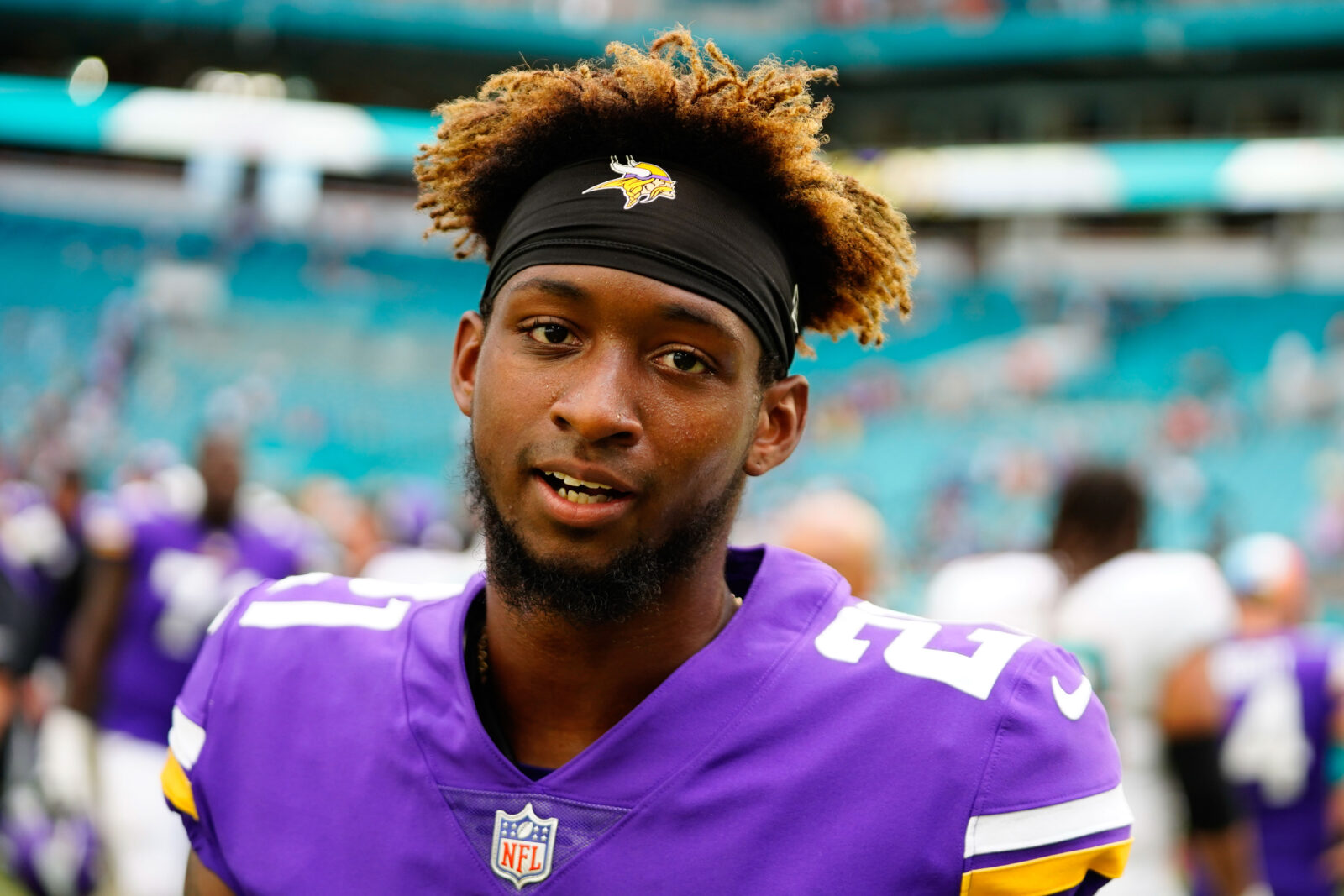