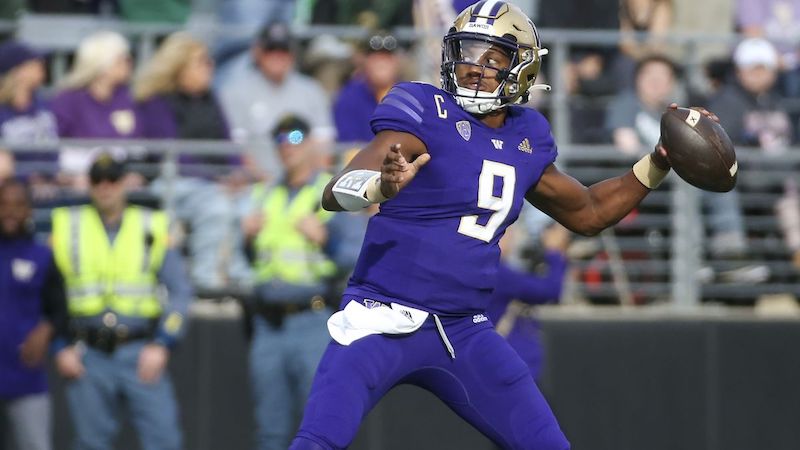 No. 6 USC remains squarely in the College Football Playoff picture heading into its final regular season game against Notre Dame.

Michigan and Ohio State both sit ahead of USC, but one of them will lose this week. Inexplicably, LSU is also ahead of the Trojans, but the Tigers will have to face Georgia in the SEC title game.

Things could get tricky should LSU knock off Georgia, but winning is the solution, as it has been all season, with USC’s lone failure coming in a shootout in Salt Lake City by the margin of a two-point conversion.

And while Caleb Williams and the USC offense have deservedly been getting plenty of accolades this season, it is far from a one-dimensional Trojan team.

The defense has stepped up when it needed to. The trademark of any Alex Grinch-coached unit is creating takeaways and USC has done that this season.

The Trojans lead the nation with a turnover margin of +1.82 per game, the next best mark in the country belongs to San Jose State and they are +1.3 per game.

The total margin on the season for USC is +20, again tops in the nation by a good bit. Duke is second at +14.

The Trojans are doing a good job of keeping the ball on offense with just four turnovers on the season (one fumble and three interceptions).

On the defensive side, USC has created 24 turnovers (six fumbles and 18 interceptions).

The unquestioned leader of Grinch’s unit has been Tuli Tuipulotu. A finalist for the Nagurski and Lombardi trophies, he has put together a menacing season for USC with an FBS-leading 11.5 sacks on the season.

Tuipulotu’s 19 tackles for loss are tied for second in the nation, and he has forced a pair of fumbles. But when you look deeper at his numbers, his performance becomes even more impressive.

With the most sacks in a single season for a USC player since Kenechi Udeze set the school record with 16.5 in 2003, Tuipulotu’s TFL total on the season has created over 170 yards lost for opponents.

But when it comes to takeaways and yardage from the defense, Tuipulotu is not the only Trojan doing work this season.

Calen Bullock has accounted for four of the 18 USC interceptions, tying him for the 12th most in the country this season.

Bullock has returned those picks for 161 yards and a touchdown. The yardage total is the second most of any player in the nation trailing only the 174 return yards by Miss State’s Emmanuel Forbes.

Looking at interceptions on the national level, Clark Phillips III of Utah has also intercepted six passes on the season to match Forbes for the most in the nation.

Phillips, who received my All-American vote, has returned two of them the distance, and his 144 return yards are the third most in the nation.

On the other side of the ball, Arizona has seen Jayden de Laura connect with wide receivers at a pace not seen in Tucson in some time.

With the rivalry game with Arizona State still to play, the Washington State transfer has already tallied the fifth-best passing mark in Wildcat history with 3,485 on the season.

de Laura’s 25 TD passes are the sixth most in school history. While Arizona’s single-season mark for passing yardage of 4,334 is out of reach (barring a record-shattering day against the Sun Devils) the TD mark is certainly attainable.

The single-season record is 28 TD passes initially set in 2007 by Willie Tuitama and equaled in 2011 by Nick Foles and again by Anu Solomon in 2014. A four-TD game against ASU would give de Laura the mark alone.

Some of his favorite targets are also nearing records. Jacob Cowing has caught 80 passes to rank seventh in a single season in Arizona history.

Cowing is averaging 7.3 receptions per game, and an eight-catch day vs ASU will give him 88 on the season, which would be the 25th most prolific season in Conference history.

He has also caught at least one pass in 43 consecutive games, the longest active streak in the nation. Should he get to the 88 receptions mark it would be the second most in Arizona history behind Bobby Wade, who caught 93 passes in 2002.

Tetairoa McMillan has caught 39 passes this season for an Arizona freshman-record 702 yards.

That yardage total is also the most nationally by a true freshman this season, and his eight TD receptions also tops the list of all true freshmen.

Tanner McLachlan has added 33 receptions from the TE spot to rank second on the all-time single-season mark for TEs in Arizona history.

Rob Gronkowski’s 47 receptions in 2008 marks the only time a TE has caught more passes in a season.

As Dorian Thompson-Robinson’s brilliant career winds down at UCLA he enters the Cal game this week as the second-most prolific passer in terms of yardage in school history.

His 10,235 yards are second only to Cade McNown’s 10,708 career yards. DTR will pass Brett Hundley (827) for the most completions in UCLA history with 15 more connections.

He already is responsible for 110 TDs, more than any other player to ever put on the UCLA uniform.

DTR’s backfield mate Zach Charbonnet also has a single-season school mark in sight. Charbonnet is averaging 7.25 yards per carry this season, the UCLA record for a single season was 7.5 by Kermit Johnson in 973.

Michael Penix Jr. has been extremely prolific through the air this season and heading into the Apple Cup leading the nation in passing yards per game with 351.7.

His top target, Rome Odunze, has reached 100 yards receiving in five games this season, including a Washington record four in a row in the middle of the season.

Tuipulotu is not the only defender from the region getting national attention as award season dwindles down to the finalists.

The Butkus Award recognizes the top linebacker in the nation and Washington State’s Daiyan Henley is among the five finalists for that award. The Cougar senior’s 102 tackles on the season are the 20th most in the nation.

The finalists for most of the other major awards will not be announced until the 29th of November, but the Paul Hornung award is another that has already named its four finalists.

The award is given yearly to the most versatile player. Listed in the final four is Oregon State’s do everything Jack Colletto.

Most finalists for this award are backs or receivers who also return kicks. Colletto is the outlier and truly a Jack-of-all-trades for the Beavers.

On the season, he has forced a fumble, recovered a fumble, ran the ball, caught passes, thrown passes taken snaps, and ranks second on the team in touchdowns with six.

He has averaged 4.9 yards per play on offense with 19 of 27 plays resulting in touchdowns or a first down.

writes about various topics for SuperWest sports, including stats and records, college sports, and motorsports. He also founded and runs the Sports and Entertainment Research Center (SERC). 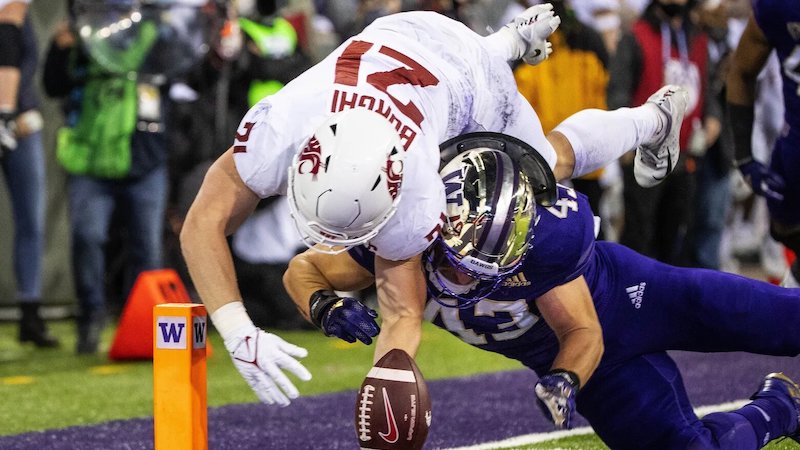