July 10th, 2022 features an MLB Sunday with 15 games on tap highlighted by Aaron Judge‘s Yankees looking to take their series against Xander Bogaerts‘ Red Sox following Boston’s walk-off win. Kyle Schwarber‘s Phillies go for a sweep of Nolan Arenado‘s Cardinals after back-to-back Philly shutouts, Logan Gilbert continues his standout season as SEA faces TOR, while SD tries to win a set vs. SF. The NBA Summer League is in full swing at Las Vegas plus Madden slowly releases their 99 overall NFL players with Trent Williams being the first OL ever.

WHAT’S HAPPENING IN SPORTS OVERVIEW: These posts showcase everything you need to see in pro sports all in one place EVERY DAY. This includes real headlines only (no clickbait rumors), all of the best highlights, interesting facts & records from around the NFL, NBA, & MLB, the main games to watch, notable birthdays, and a quick recap of significant events on this day in sports history.

Hot
Orlando Magic led by No.1 overall pick Paolo Banchero beat the Sacramento Kings led by No. 4 overall pick Keegan Murray during 1 of the best NBA Summer League games ever that featured clutch shots, blocks, and 2OT
Hot
Hunter Greene broke the MLB record for most strikeouts (6) on pitches of 100+ MPH in the MLB pitch-tracking era [since 2008]
Hot
Portland Trail Blazers signed PG Damian Lillard to a 1-year max contract extension worth up to $62M for the 2025-26 season with a 1y/$62M player option for the 2026-27 season, adding onto the 3y/$137M he already had left for the total value to potentially reach $259M over 5 years
Hot
Philadelphia 76ers agreed to re-sign G James Harden to a 1-year deal worth about $32.5M with a 2nd-year player option for the same amount, which represents a $15M pay cut from what he could’ve earned in 2022/23 on his $47.4M player option
Hot
MLB announced the 2022 All-Star starters with the AL being: C Alejandro Kirk, 1B Vladimir Guerrero Jr., 2B Jose Altuve, SS Tim Anderson, 3B Rafael Devers, OF Aaron Judge, Mike Trout, Giancarlo Stanton, & DH Shohei Ohtani. The NL features: C Willson Contreras, 1B Paul Goldschmidt, 2B Jazz Chisholm Jr., SS Trea Turner, 3B Manny Machado, OF Ronald Acuna, Joc Pederson, Mookie Betts, & DH Bryce Harper
Hot
Las Vegas Raiders named Sandra Douglass Morgan the team’s new President, becoming the 1st Black female President in NFL history
Hot
Spencer Strider made MLB history with another gem as he racked up a career-high 12 Ks (9 Ks in 1st 3 IP) but the Cardinals beat Atlanta in the 11th inning
Hot
Carolina Panthers acquired QB Baker Mayfield from the Cleveland Browns for a 2024 5th Rd Pick that could turn into a 4th if Mayfield plays 70% of snaps. Baker trimmed $3.5M in guaranteed salary with the Browns paying $10.5M of his salary and the Panthers only owing him $5M GTD
Hot
Oklahoma City Thunder #2 overall pick Chet Holmgren impressed during his Summer League debut with 23 PTS and a historic combination of BLK (6) & 3’s (4)
Hot
Brooklyn Nets signed F TJ Warren to a 1-year deal after he missed most of the last 2 seasons with due to foot injuries

KINGS HIT BACK-TO-BACK THREES TO SEND IT TO OT 🤯 pic.twitter.com/dsnVPEqib3

Keon Ellis beats the shot clock and gives the @SacramentoKings a 3-point lead late in OT!

Kings lead by 3 with less than 20 seconds remaining on ESPN pic.twitter.com/zekY6fh7Ph

PAOLO WITH THE DENIAL 🔥 pic.twitter.com/voS3CmAPkE

Hunter Greene recorded the most Ks (6) on pitches of 100+ MPH during 1 game in MLB history [pitch-tracking data since 2008]
pic.twitter.com/AmUnTvyylo

Aric Holman throws down the hammer over Chet Holmgren 🔨 pic.twitter.com/81E75xq0w3

Jeter scores the winning run and Dugie comes up clutch again with the walk-off hit! pic.twitter.com/8laKEjA3kf

DAME’S LOYAL TO THE SOIL

BEARD IS BACK IN PHILLY

DUNKED ALL OVER DENVER

THIS DUNK BY KEVON HARRIS 😲 pic.twitter.com/TYjv5SsHhN

1989: Chicago Bulls hired Phil Jackson as the new HC where he would lead them to 6 Championships over the next 8 seasons before he joined the Lakers to win 5 more

1968: The NL announced plans to split the league into 2 divisions the following season: Eastern and Western

1945: MLB All-Star Game at Fenway Park was canceled due to travel restrictions enforced as a result of World War II 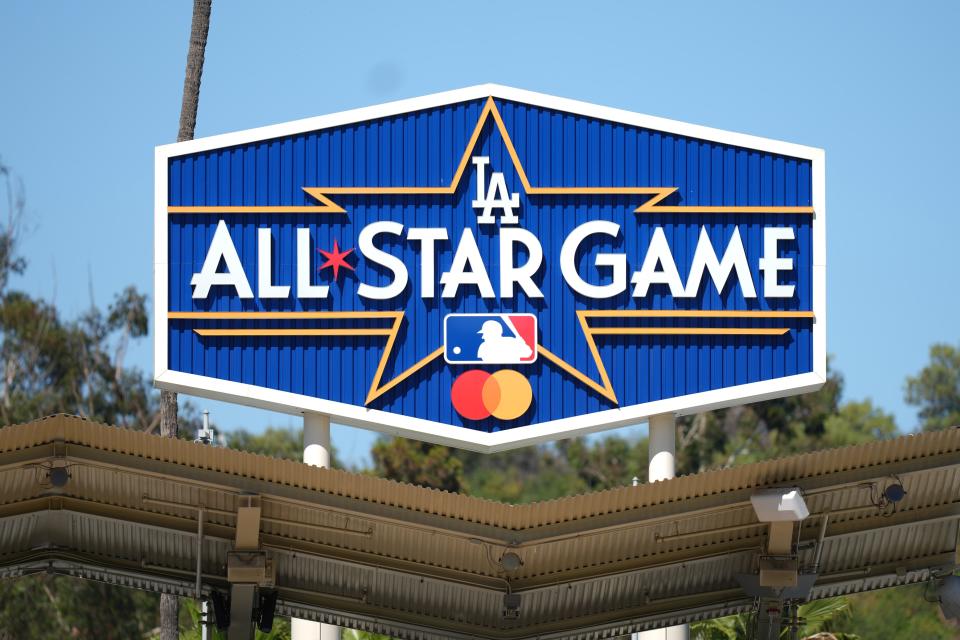