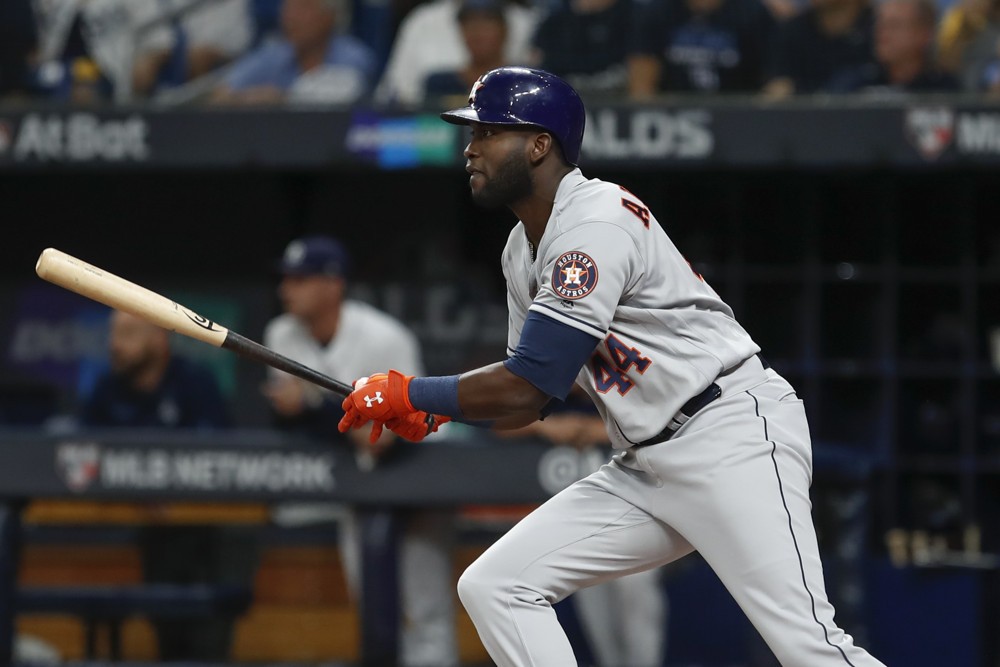 For a second consecutive offseason, the Houston Astros have lost a top-25 player in MLB without adding a proven replacement. Does this loss signal the beginning of the end for an organization that’s reached five consecutive AL Championship Series? Or will the Astros remain Kings of the AL West?

We’ll discuss these questions and much more. Before doing so, let’s reflect on Houston’s 2021 campaign.

They Were Really Good

The Astros finished atop the AL West division with a 95-67 record and a comfortable five-game lead over second-place Seattle. Unfortunately for Dusty Baker and his squad, they fell short of the ultimate prize losing the World Series to the Braves.

On the pitching side, there weren’t as many household names as previous seasons. However, Houston’s staff collectively delivered outstanding results with the group ranking top-10 in multiple categories.

The team’s most recognizable starter – Zack Greinke – appeared to wear down near the end of the season. But the supporting cast behind the 38-year-old performed superbly. All told, the rotation had four pitchers with 20-plus starts and an xwOBA better than the league-average – Lance McCullers Jr. (.285), Framber Valdez (.301), Luis Garcia (.305), and José Urquidy (.307).

The bullpen was also effective for Baker, although not as stellar as in seasons past. Still, there were a whopping 10 relievers possessing a better-than-average xwOBA. The venerable skipper most often turned to closer Ryan Pressly, Ryne Stanek, southpaws Blake Taylor and Brooks Raley, plus in-season acquisitions Phil Maton and Kendall Graveman.

Speaking of Graveman and Maton, their acquisitions cost the Astros infielder Abraham Toro and Myles Straw. Toro and Straw aren’t the only 2021 contributors no longer with the club.

Not Much Has Changed

For some reason, the Astros haven’t made a major acquisition since owner Jim Crane fired general manager Jeff Luhnow in January 2019. The most notable outside additions this offseason: relievers Héctor Neris, Zac Rosscup, and Adam Morgan, infielders Niko Goodrum and Franklin Barreto, and outfielder Lewis Brinson.

Essentially, Houston added around the edges retaining its core with one exception – Correa, who recently signed with the Minnesota Twins. Management intends on the organization’s number-four prospect – Jeremy Peña – replacing the two-time All-Star at shortstop.

Bregman’s numbers dating back to 2020 are well below what fans have come to expect from the 27-year-old. In fact, his combined 2020-21 slash-line and OPS+ were 20-plus points lower than his first four MLB seasons. The most likely cause to this recent decline – health. Leg injuries sidelined the LSU product for most of 2020 and for three weeks last season. Bregman also needed wrist surgery after the 2021 World Series.

Bradley and Álvarez likely share time in left field when not serving as the Baker’s designated hitter. Still just 24-year-old, Álvarez led his team with 34 home runs and 104 runs batted in. He also finished second to Tucker in doubles, SLG, OPS, and OPS+.

With Jake Meyers on the mend after offseason shoulder surgery, McCormick projects to start in center field. As a rookie in 2021, the 27-year-old slugged 14 doubles and 12 home runs with a 107 OPS+ in 108 games. Still, it’s important to note he did strikeout a lot more than preferred (32.5%).

Martín Maldonado returns as the starting catcher with Jason Castro serving in the backup role. Maldonado was a Gold Glove finalist last year, but had a below average bat (58 OPS+). Conversely, Castro delivered a 118 OPS+ in part-time action, although advanced metrics didn’t care for his pitch framing or overall defense.

As with many clubs, interchangeability is central to Baker’s bench. That’s where the versatility of Aledmys Díaz and Goodrum should come into play.

Díaz has struggled with injuries in recent seasons. But he’s capable of playing all infield positions and has 15 career starts in left field. Furthermore, the right-handed hitter’s 103 OPS+ in four years with the Astros suggest he can help with his bat.

With a career 88 OPS+, Goodrum doesn’t project as an offensive weapon. However, the switch-hitter has made 10-plus career starts at every position with the exception of pitcher and catcher. He’s also stolen 10-plus bases in three of his five big-league seasons.

Until Meyers returns, additional outfield depth should be provided by former Seattle farmhand Jose Siri, plus Díaz and Goodrum. Another option is Kent, Washington native Taylor Jones, who’s capable of playing left field and first base.

Last season, Houston tied with the A’s and White Sox for fewest starters used (9) in MLB. But the Astros begin this season with McCullers, who made 28 starts in 2021, still recovering from a flexor strain suffered in the ALDS.

According to limited Statcast data, Verlander’s fastball velocity has been averaging 94.8 MPH during Grapefruit League action, which mirrors his pre-surgery levels. Still, it’s reasonable to wonder whether the team places workload restrictions on the 39-year-old, at least early in the season.

With a .301 xwOBA that was 31st best among starters facing 500-plus batters, Valdez may be one of the more underrated starters in MLB. From a conventional standpoint, the 28-year-old recorded a rotation-best 3.14 ERA in 22 starts. I won’t be surprised if the Dominican Republic native becomes a breakout star in 2022.

Garcia delivered excellent results in his first full season, which led to a runner-up finish in AL Rookie of the Year voting behind Randy Arozarena. The 25-year-old logged 155.1 innings in 30 appearances (28 starts) with a 3.48 ERA. His .305 xwOBA ranked just behind Valdez at number-35.

Urquidy also delivered superb numbers – 3.62 ERA and .307 xwOBA. But shoulder discomfort sent him to the IL twice limiting the 26-year-old to just 20 starts. Whether Urquidy can remain available for a full season is worth monitoring.

The McCullers injury opens a rotation spot for Jake Odorizzi. Three years removed from an All-Star season with Minnesota, the 32-year-old is looking to rebound after performing below expectations in his first season with Houston.

Pressly is an elite reliever and continues as the team’s closer. The primary relief arms expected to get the ball to the two-time All-Star are Stanek, Neris, Maton, Taylor, and Cristian Javier. After that, names listed below become interchangeable.

Based on the team’s recent history, any starter who’s not part of the rotation could see time as a reliever. Javier is a good example of that practice. At some point though, the bullpen may need to be upgraded. But that doesn’t necessarily need to happen before Opening Day.

Beginning Of The End?

Whether 2022 is the year there’s a changing of the guard in the AL West likely depends on the health and continued success of Houston’s aging veterans.

To be clear, I’m not suggesting this group collectively falls off a cliff in 2022. Perhaps age-related regression doesn’t wreak havoc on these veterans. But what if some begin demonstrating signs of decline such as lower production or decreased availability?

The Astros’ lineup does have some insurance with Álvarez, Tucker, and Bregman. Therefore, slight drops in production by Gurriel, Brantley, and Altuve probably wouldn’t necessarily sink the offense. But extended or multiple absences could prove problematic.

Perhaps the most pressing area of risk is behind the plate.

Maldonado and Castro are entering their age-35 seasons. Not ideal for the most physically demanding job on the field. Maldonado has been injury-free in recent seasons, which is good news. But Castro had two IL stints last year due to right knee discomfort and Achilles tendon soreness. It’s worth noting the tenth overall draft pick in 2008 missed nearly all of 2018 with a right meniscus tear.

Doubting the Cooperstown-bound Verlander isn’t advisable. Still, the Old Dominion alum is returning from Tommy John surgery, which can be challenging for any pitcher regardless of age or skill level. Therefore, it’s reasonable to be cautious when considering what Verlander might provide in 2022.

Bregman just turned 28. Yet, the two-time All-Star has appeared in just 60% of Houston’s games in 2020-21 due to injuries. To help offset the loss of Correa, the Astros need the healthy version of Bregman from 2018-19 when he was a top-5 vote-getter for AL MVP.

McCullers’ status is somewhat unclear. Considering injuries have prevented him from ever making 30 starts since his debut in 2015, taking a wait-and-see approach towards the 28-year-old’s availability is advisable.

The arms of Houston’s inexperienced starters also merit a watchful eye. Valdez and Garcia both set professional career highs for starts and innings pitched – after a truncated 2020 no less. Moreover, last year represented Urquidy’s largest workload since 2016 and we know he missed time twice for shoulder discomfort.

In reality, the greatest challenge the Astros will face this season is the health and stability of its roster – not a division rival. So barring unforeseen circumstances, the Kings of the AL West aren’t dead, yet.

Especially with a postseason pedigree no division rival can match. 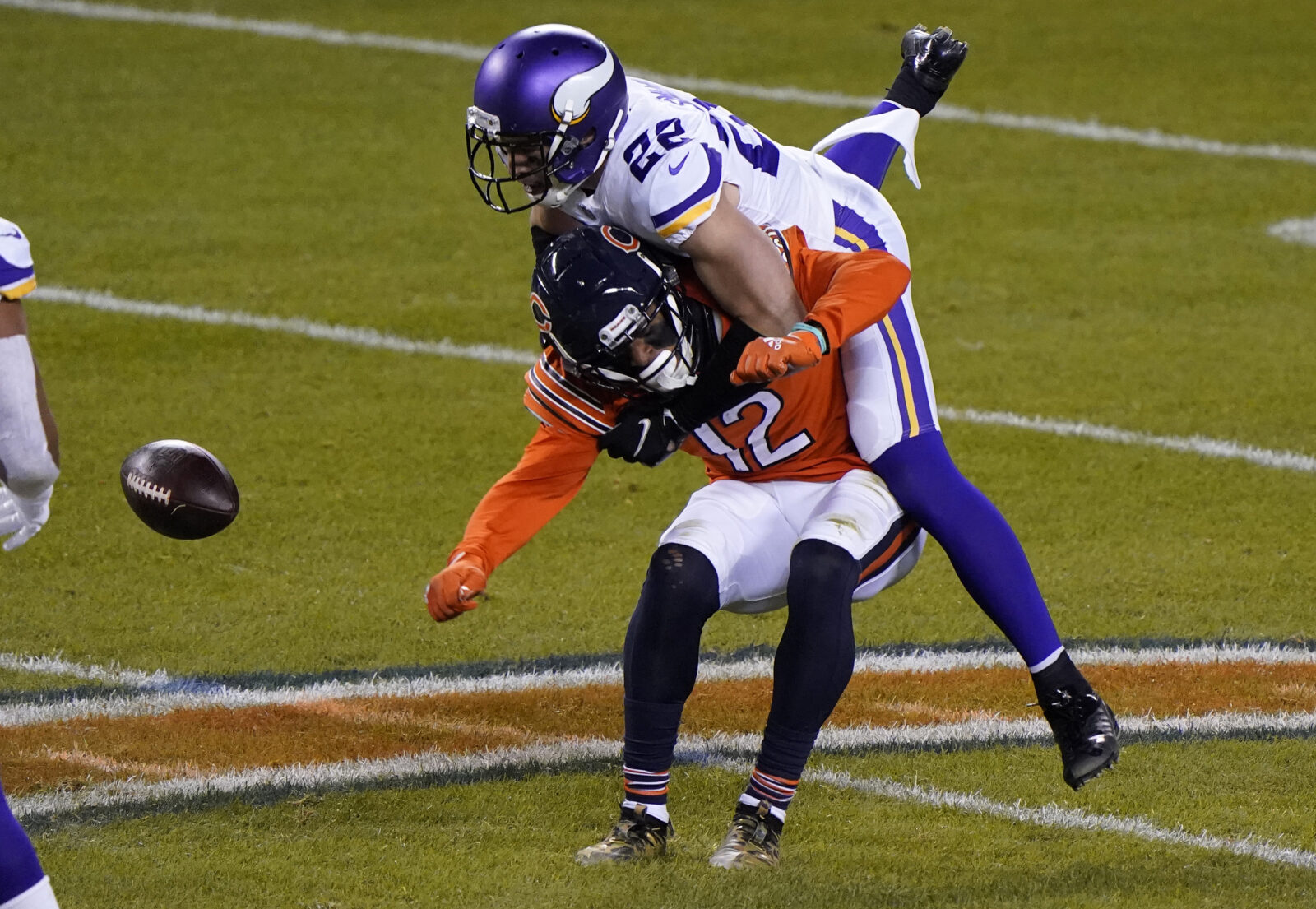