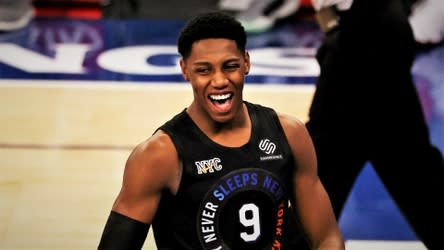 With a new NBA season upon us, projections and predictions are in full force across the basketball media landscape. The New York Knicks, coming off a breakout 41-31 season culminating in a fourth-seed finish and disappointing first round playoffs series, retained their depth while adding strong offensive options to the mix.

Naturally, most would favor a young team that clearly improved over the offseason to repeat if not exceed the prior year’s results, but that isn’t the case. ESPN predicts the Knicks will finish seventh in the East with a 44-38 record, with FiveThirtyEight projecting an eighth seed result and 43-39 record. Vegas oddsmakers put New York’s line at 41.5 wins, good for ninth in the conference.

Given the acquisitions of Kemba Walker and Evan Fournier, development of their young pieces and return of Tom Thibodeau and Julius Randle, it’s hard to fathom these results. In fact, there’s far more reason to believe the Knicks will build on last season and finish third in the East.

Let’s address why many are expecting fewer wins. The keyword appears to be regression, with Randle’s All-NBA season, RJ Barrett’s sharpshooting and New York’s three-point defense deemed non-replicable. Their shaky playoffs appearance served as proof of this idea.

Randle did hoist and bury enough mid-range jumpers to fill the Hudson, and Barrett seemingly went from a broken jumper to a 40% three-point shooter overnight. These were understandably surprising and deserve skepticism.

However, Randle turns 27 in a month and Barrett just became able to legally drink. Why two top prospects – one entering their prime and another entering year three – are subject to regress with multiple years of evidence pointing to their continued development and work ethic is confounding.

Maybe they were just too good last season? The Randle case makes more sense than Barrett suddenly being unable to make open corner threes. Thankfully for Randle and the Knicks, they won’t be relying on his isolations and long twos nearly as much.

Last season, Randle was effectively the only starter that could create a shot. Derrick Rose and Alec Burks often had to close games due to this fact.

Elfrid Payton garnered no defensive attention, Reggie Bullock could mostly just spot up and hit threes and Barrett was shaky on this front. Bringing in Walker and Fournier breaks open this Knicks offense as guys that can shoot from deep, attack off the dribble and make the right pass. Barrett should improve as well.

Because of this, Randle can knock five percent off his contested jumper clip and still be as efficient and effective as last season. He’ll be getting more open looks, get to play off-ball more and have better spacing around him.

Beyond Randle, the improvements that come with Walker and Fournier are invaluable. Despite what Mark Jackson thinks, Payton was a black hole offensively with mixed effort on the other end. 70% of peak Walker is a huge upgrade, and with the more dynamic Fournier over Bullock, the Knicks defense won’t have to drag along a bottom-third offense.

It’s possible the defense takes a step back with these lineup insertions, but you also have to factor in the return of Mitchell Robinson and the amount of energy Randle and Barrett can expend on that end increasing with less to do on offense. So long as Thibs is coaching this team, they’ll be top ten in defense.

His teams tend to have a major edge in the regular season. While other teams might go through the motions on a Tuesday night capping a four-game six-day road trip, his squads are giving 110% on a nightly basis. Call it trite or cliche, but the Knicks weren’t winning 41 games last season with any other culture.

That culture will be intact entering year two, with most of New York’s rotation returning from 2020-21. John Schuhmann of NBA.com released his yearly continuity rankings, in which the Knicks ranked 12th in retained minutes. So the Knicks have a leg up in the team chemistry department, as well.

One can point to the improvements and general strength of the Eastern Conference as reasons for the Knicks to fall off. With Brooklyn and Milwaukee rightfully atop the standings, let’s dive into who New York will compete against for home court seeding.

The Miami Heat boast a scary trio of Kyle Lowry, Jimmy Butler and Bam Adebayo as part of a rock-solid starting unit. However, they’re paper-thin in terms of depth and avoiding injury, banking on Tyler Herro to provide much of their bench performance.

They haven’t been particularly strong in the past couple regular seasons, finishing sixth and fifth, with a motion-heavy and physical system that tends to maximize itself in the postseason. While the Knicks are likely doomed in a playoff series against this team, it’s a different story until that point.

Boston had a volatile 2020-21, with key players sporadically missing time due to COVID and injuries, making it difficult to build chemistry. Should they avoid that, their rebuilt roster beyond their pair of star wings isn’t impressive.

Walker and Fournier may not have played their best basketball in Celtic uniforms, but peak Dennis Schroder and Josh Richardson aren’t game changers in the slightest. With Al Horford and a bunch of young players into the mix, it’s still unclear as to why they’re considered a lock for the East’s upper echelon.

The 76ers are a tough out nightly behind Joel Embiid and their staunch defense, but it’s hard to place them anywhere in the standings amidst the Ben Simmons debacle. An injury to Embiid – not an uncommon occurrence – immediately makes them vulnerable.

Perhaps the best non-Knicks case for the three seed are the Atlanta Hawks, who tore through the latter part of the regular season and then the playoffs last year. This is the toughest team to write off, with one caveat being how real their postseason defense was. Their regular season run under Nate McMillan saw improvement on that end, but it wasn’t until the playoffs when they really locked in.

Worth mentioning are the Chicago Bulls and Indiana Pacers, with the former adding Lonzo Ball and DeMar DeRozan while the latter scooped up a top head coach in Rick Carlisle. They could very well be in the Knicks’ league if things go right for them.

For Chicago, that would take their reinvented starting lineup meshing on offense soon enough to drop 120 on most teams. They have the talent, but Zach LaVine, Nicola Vucevic and the two additions are used to having the ball in their hands, so there will be an adjustment period.

More of a concern is the defense, something three of those players don’t do very well. Can Ball, Patrick Williams, Alex Caruso and Derrick Jones Jr. fill those gaps?

If anybody can solve the weirdly-assembled Pacers it’s Carlisle, but he has little spacing, defense or health to work with as of this moment.

Easily the biggest factor in all this will be injuries. If Randle gets hurt for a significant stretch, the Knicks will be fighting for a play-in game, if that.

Good news is, New York is one of the deeper teams in the league, with a Sixth Man contender leading a top-five bench unit. Not only does this help plug holes when guys inevitably end up missing time, but gives the Knicks an edge against more talented starting fives by winning the reserve minutes.

The third seed in the East is a lofty goal, and ultimately not as important as winning a playoff series after last year’s stinker. Still, many seem bent on labeling the Knicks a better team likely to finish with a worse record, despite all indications.

New York spent all year proving people wrong once before, it shouldn’t be unreasonable to think they’ll do it again. 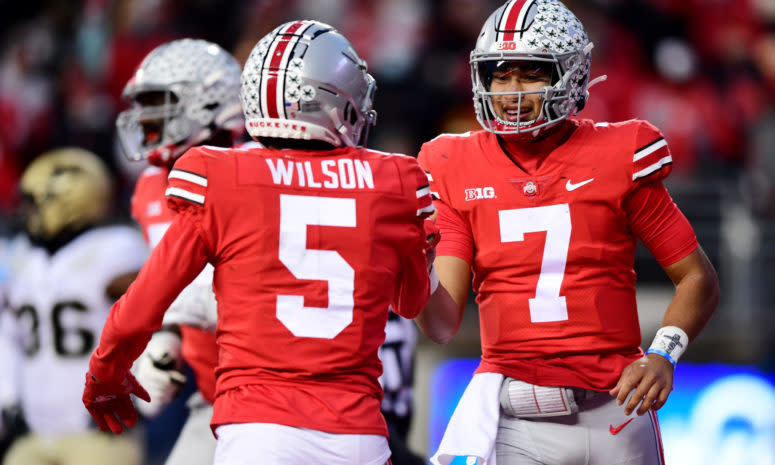 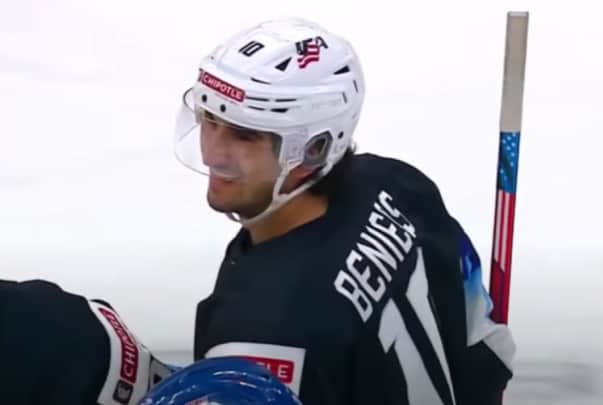