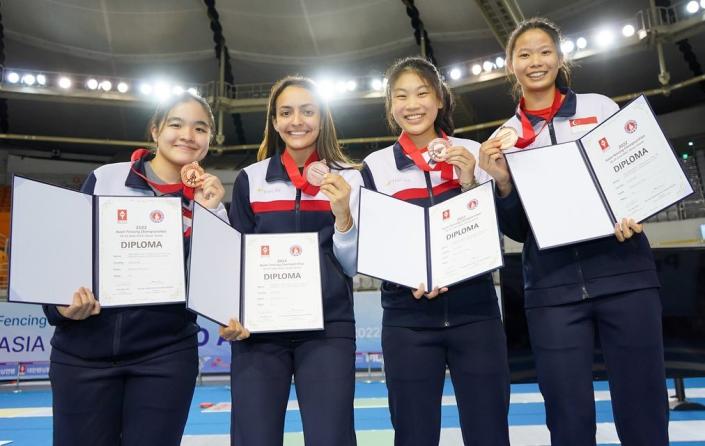 SINGAPORE — Here is a round-up of sports events and developments in Singapore in the past week (13 to 19 June):

This is the team’s first medal at the event since 2010, when Ruth Ng, Tay Yu Ling, Wang Wenying and Cheryl Wong also finished fourth.

The team were guaranteed a medal after they made the semi-finals of the women’s team foil competition, beating Hong Kong 45-31 in the table-of-eight bout. They lost 31-45 to eventual champions Japan in the semi-finals, and then 35-44 to South Korea in the third-place bout.

Teong Tzen Wei became the third Singapore male swimmer to race in a FINA World Swimming Championships final on Sunday (19 June), when he finished eighth in the men’s 50m butterfly event in Budapest.

The 24-year-old clocked 23.29sec in the final, where he was the only Asian representative, as United States’ star Caeleb Dressel won gold in 22.57sec. In Saturday’s semi-finals, Teong set a personal-best 23.03sec, eclipsing the 23.04sec he set at last month’s SEA Games.

Teong thus follows Ang Peng Siong (fourth in 50m freestyle in 1986) and Joseph Schooling (bronzes in 100m fly in 2015 and 2017) as the only Singapore male swimmers to have made the world championships final race.

Despite the loss, the duo still made history as the first Singaporean pair to reach the final. The city-state’s previous best showing was in 2007, when Toh and Chan Keng Kwang reached the quarter-finals.

Singapore’s national women’s hockey team qualified for the Asian Games for the first time since 1994, after they finished third in the 2022 Women’s Asian Games qualifiers in Jakarta on Tuesday (14 June).

In the seven-team competition, they defeated Sri Lanka (6-0), Cambodia (10-0), Uzbekistan (2-0) and Hong Kong (1-0); drew 0-0 with Indonesia; and lost 0-2 to Kazakhstan to be among the six teams to make the cut for qualification for the Hangzhou Asiad, which is originally scheduled to be held in October but was postponed to next year.

They had narrowly missed out on a spot at the 2018 Asian Games in Jakart after enduring a 3-4 penalty shoot-out loss to Thailand at the Women’s Hockey Asia Cup in 2017.

Snooker star Ronnie O’Sullivan emerged the winner of a four-player tournament on Saturday (18 June) to launch his snooker academy at The Grandstand.

The seven-time world champion defeated China’s world No.6 Zhao Xintong 4-2 in the best-of-seven final. He had earlier beaten Singapore’s Jaden Ong – who is one of the scholarship recipients at the Ronnie O’Sullivan Snooker Academy – while Zhao defeated Thailand’s reigning women’s world champion Nutcharut Wongharuthai to advance into the final.

O’Sullivan, 46, had opened the 16,000 square-foot academy on 11 June with guest-of-honour Edwin Tong, Minister for Culture, Community and Youth.

Striker Ikhsan Fandi scored a hat-trick as the Singapore national men’s football team ended their 2023 Asian Cup qualifying campaign with a 6-2 rout of Myanmar in Bishkek, Kyrgyzstan, on Tuesday (14 June).

The 23-year-old scored in the ninth, 54th and 69th minutes, while Song Ui-young (16th minute), Gabriel Quak (42nd) and Hafiz Nor (89th) also got into the scoresheet, as the Lions gave new coach Takayuki Nishigaya his first win on his fourth game in charge.

Singapore finished third in Group F and could not advance to next year’s Asian Cup finals, after they lost their opening two qualifying matches to Kyrgyzstan (1-2) and Tajikistan (0-1). Only the six group winners and the top five second-placed teams go through.

Singapore long-distance runner Soh Rui Yong lowered his own national record in the men’s 10,000m at the England Athletics Championships at the Waltham Forest Feel Good Centre in London on Friday (17 June).

CWT is a freediving discipline in which one descends and ascends using monofin and/or arms, without pulling on the rope or changing his or her ballast. Only a single hold of the rope to stop the descent and start the ascent is allowed.

The previous national record for the CWT discipline was 63 metres, set by Lin Anqi in 2021. Ooi, 32, set a new record on the first day of competition at 64m, then broke it on subsequent days with dives of 66m, 69m and 72m.

Italy’s Simona Auteri won the event with a depth of 88m, while Ukraine’s Kateryna Sadurska (82m) and Turkey’s Sahika Ercumen (80m) were second and third respectively.

The first edition of Fandi Rules street football competition took place at OCBC Arena on Saturday (18 June), with 20 teams of Under-10 and Under-12 boys and six teams of Under-12 girls competing in the grand finals.

The final 20 boys’ teams had been narrowed down from 78 teams, as they battled it out in a 4v4 format on selected hard courts across Singapore over a two-week period, with the top two finalists in each district eventually progressing to the grand finals.

The players battled it out in front of local football great Fandi Ahmad and Edwin Tong, Minister for Culture, Community and Youth. Here are the top three teams from each category:

The Singapore Women’s national football team will host Hong Kong in two women’s “A” international friendlies on 23 and 26 June as part of the squad’s preparation for the ASEAN Football Federation (AFF) Women’s Championship.

He has also recalled midfielder Lila Tan and promoted forward Summer Chong, who was part of the Under-19 national team and plays for Black Rock Football Club as part of her studies abroad in High Mowing School in the United States.

Both matches will be held at Jalan Besar Stadium and kick off at 8pm. Tickets ($10 for adults, $5 for concession) are on sale at the Football Association of Singapore website. Fans can also purchase the Singapore bundle for both matches to enjoy a 10 per cent discount.

Five days after the friendlies, Singapore will depart for Manila for their AFF Women’s Championship Group A matches, where they will face Malaysia, Indonesia, the Philippines, Thailand and sub-confederation Australia.

Have a sports event to tell our users? Email us at [email protected] In your email, do provide as many details as possible, including videos and photos. 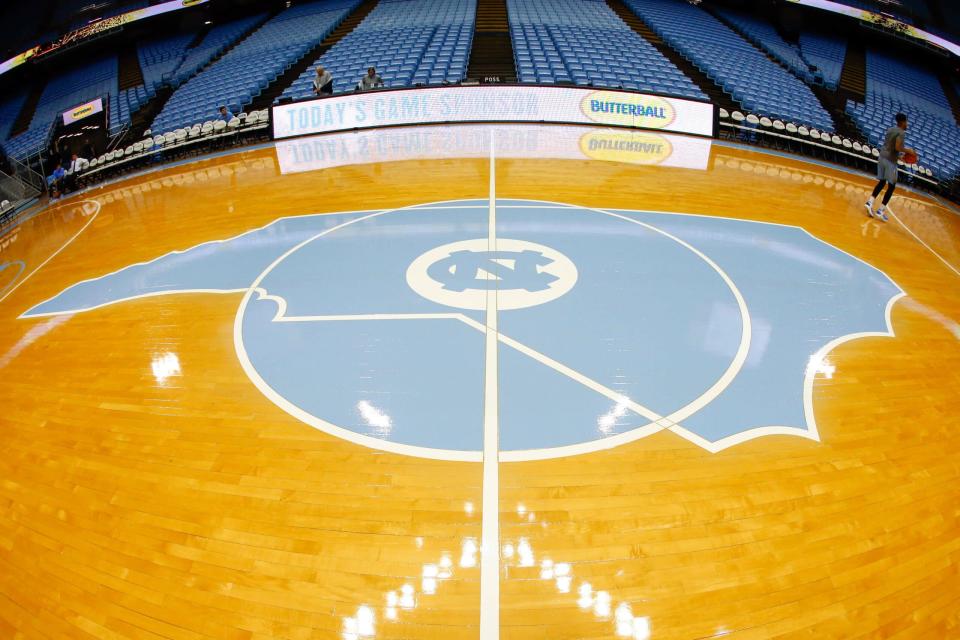