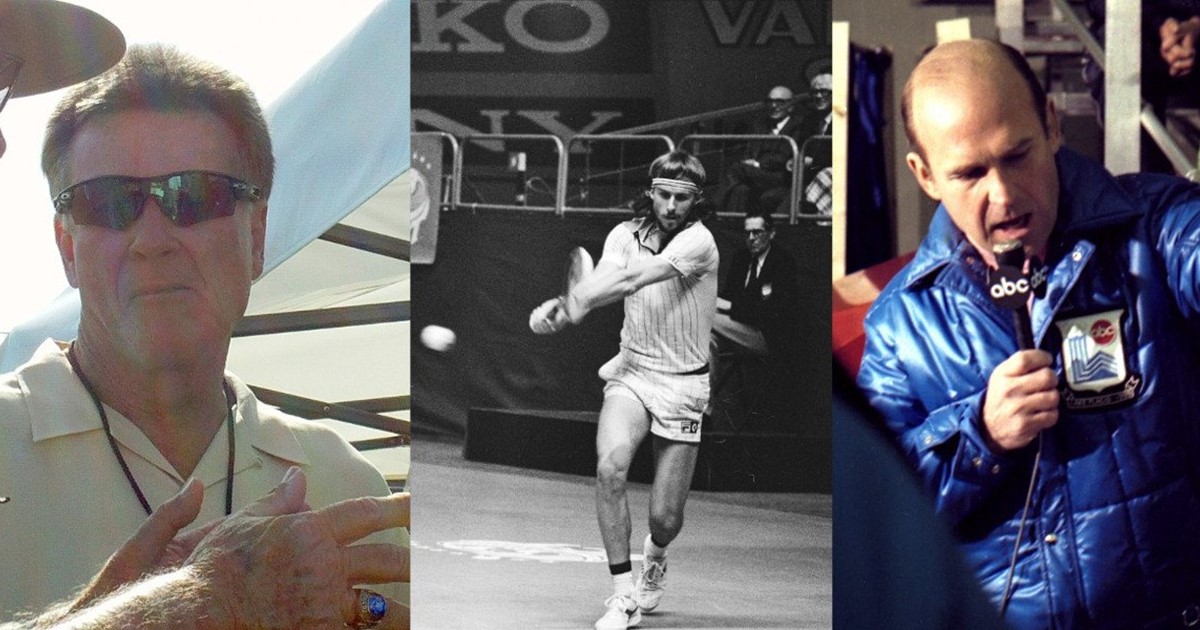 If you were watching sports in the 1970s and 1980s then you were lucky to have witnessed perhaps two of the best decades in sports history. During those 20 years, the world got to see some of the best players and athletes in history in an array of sports.

In baseball, Pete Rose was in his prime and Hank Aaron was breaking the all-time home run record. They were just two of many outstanding baseball players on teams in Major League Baseball. There are far too many stars to name in one sports column. There were baseball tragedies as well with the deaths of Roberto Clemente and Thurman Munson to name a few.

The Pittsburgh Steelers introduced football fans to the term “dynasty” while winning four Super Bowls in just six years. The National Football League was full of amazing players and athletes and in the National Basketball Association no one was able to defend Kareem Abdul Jabbar’s “skyhook.” The greatest basketball player ever, Michael Jordan burst onto the scene and the old American Basketball Association merged several teams into the NBA and their red, white, and blue basketball became a trivial part of basketball history.

The Philadelphia Flyers were beating up teams and opponents with their lineup of “Broad Street Bullies” in the National Hockey League. Professional boxing may have had one of its best eras ever in those two decades of the 70s and 80s with handfuls of great fighters led by Muhummad Ali at the top and Roberto Duran in the lower divisions.

There were stars of other sports as well such as Mario Andretti, Emerson Fittipaldi, Richard Petty, and Cale Yarborough to name a few. Earl Anthony was knocking down pins at a high rate in professional bowling, and even casual soccer fans knew who Pele was just by that name. It’s doubtful anyone could tell you the name he was given at birth which was Edson Arantes do Nascimento.

On weekends during those 20 years, we were able to tune into ABC’s “Wide World of Sports” on Saturday afternoons. CBS countered with “Sports Spectacular.” NBC entered that themed sports show with “Sportsworld.”

There were events in the 1970s and 1980s that some sports fans may remember and some may not even be aware of. Given the talents of the active athletes in sports during those decades the idea for a competition pitting players from different sports against each other was born in an event that became known as “The Superstars Competition.”

These televised events combined several athletic competitions with the participants coming from an array of professional sports backgrounds. It was meant to find out who had the most athletic abilities. Figure Skater Dick Button created the idea for the event with Fram Oil Filters pitching in as a sponsor. ABC landed the television rights.

The location was Rotonda, Florida, and took place on February 19 and 20, 1973. Jim McKay was the announcer and each event awarded the winner points. In the end, the man with the most points won the event. The top nine finishers that year were led by the overall winner, Bob Seagren, a track star specializing in pole vaulting.

The competitors faced off in swimming, bicycle racing (¼ mile), tennis, golf, bowling, weight lifting, hitting a baseball, table tennis, a 100-yard dash, a half-mile run, and a final bike race of one mile. You can check out highlights on YouTube by searching that site for “1973 Superstars.”

The competition faired so well it ran again in 1974 (including an even in the U.K.), 1975 which introduced a women’s version and a team vs. team event that put players from the Los Angeles Dodgers against the “Purple People Eaters” of the Minnesota Vikings. The Dodgers prevailed there. The 1975 Superstars expanded to include a Dutch Superstars event and competitions in Europe.

From 1976 through 1994 then was on a sabbatical until 1997 continuing until 2003. For his winning efforts in 1973, Bob Seagren took home first place earnings of $39,700. Jean-Claude Killy who finished second earned $23,400 and both Rod Laver and Peter Revson who tied for third collected $13,100. Included with the winnings that year, each of the 10 competing athletes was awarded a quarter piece of land in Rotonda, Florida which at that time was worth about $8,500.

The list of winners for every year is shown below.

It’s highly doubtful an event like this could ever make a return given that today’s sports all center around money and the current era of athletes we see would certainly make such a competition a money issue and would not perform for the love of the competition but rather to see how much money they can make.

So for us lucky ones that were able to witness the Superstars live, we were treated to a special type of competition that we may never see again. It certainly was fun to watch and very entertaining.