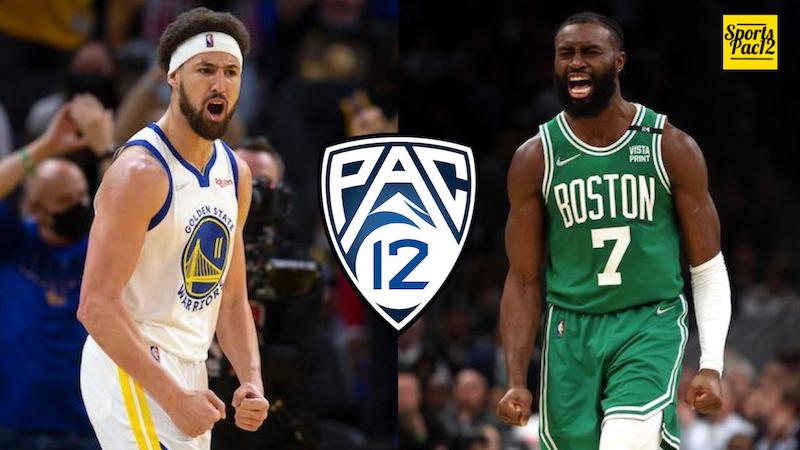 The NBA Finals tip-off tonight and the Pac-12 will be well-represented, with seven former players from current Conference schools and two coaches.

A total of seven Pac-12 schools are represented between the Celtics (4) and the Warriors (5)—the most from any conference.

Arizona leads the way with three former players; one currently playing and two coaching. Below, you’ll find a list of them with brief summaries of each.

Brown played one year of college basketball for the California Golden Bears, and was named First-Team All-Conference and Freshman of the Year in the Pac-12 Conference.

He declared for the 2016 NBA draft after that season, and was selected by the Celtics with the third overall pick. As a pro, he has split his time between shooting guard and small forward.

Brown tied his career-high 34 points against the Cleveland Cavaliers on December 28, 2019. In January of that season, he narrowly missed being selected to the 2020 NBA All-Star Game.

In the 2020 playoffs, the Celtics advanced to the Eastern Conference Finals for the third time in Brown’s four years in the NBA following series victories over the Philadelphia 76ers and Toronto Raptors.

He was selected as an NBA All-Star for the first time in 2021.

Pritchard played college basketball for the Oregon Ducks. As a sophomore, he was named second-team all-conference in the Pac-12 and was a finalist for the Naismith Trophy as a senior.

Pritchard was selected with the 26th pick in the first round of the 2020 NBA draft by the Boston Celtics.

On January 4, 2021, Pritchard scored a career-high 23 points in a 126–114 win over the Toronto Raptors with eight assists and two rebounds.

In the next game, Pritchard made the game-winning layup in a 107-105 win over the Miami Heat.

He broke out in mid-April when he scored in double figures in six of seven games in a row including a new career-best, 28 points in a game against the Oklahoma City Thunder.

White played three years of college basketball in Division II for the Colorado–Colorado Springs Mountain Lions before transferring to the Division I Colorado Buffaloes for his final season.

The San Antonio Spurs drafted White with the 29th pick of the 2017 NBA draft, and he was later included in the Spurs’ 2017 NBA Summer League roster. On July 6, White signed with the Spurs.

Stoudamire played point guard for the Arizona Wildcats and legendary coach Lute Olson, becoming a First-Team All-American and a finalist for College Player of the Year.

At the 1995 NBA Draft, he was selected as the Toronto Raptors’ first-ever draft pick and had a noteworthy rookie season, averaging 9.3 assists and 19 points per game.

He would also go on to play for the Portland Trailblazers, Memphis Grizzlies, and San Antonio Spurs.

After coaching stints with the Grizzlies, the Memphis Tigers (twice), the Arizona Wildcats, as well as the Pacific Tigers, he took an assistant coach position with the Boston Celtics.

Iguodala played college basketball with the Arizona Wildcats, earning First-Team All-Conference honors as a sophomore in 2004.

He was selected in the 2004 NBA draft with the ninth overall pick by the Philadelphia 76ers. In August 10, 2012, Iguodala was dealt to the Denver Nuggets in a series of trades also involving the Sixers, Los Angeles Lakers, and Orlando Magic.

In July 2013, Iguodala declined a five-year deal with Denver and agreed to a four-year deal for a reported $48 million with the Golden State Warriors.

The swingman was an NBA All-Star in 2012 and has been named to the NBA All-Defensive Team twice, winning three NBA championships with the Warriors.

Iguodala was named the NBA Finals Most Valuable Player (MVP) in 2015.

After a stint with the Miami Heat, Iguodala returned to the Golden State Warriors on August 10, 2021.

As a freshman playing his college basketball with the UCLA Bruins, Looney earned Second-Team All-Conference honors in the Pac-12 in 2015.

After the season, he decided to forgo his college eligibility and enter the 2015 NBA Draft, and was selected in the first round by Golden State with the 30th overall pick.

Looney won consecutive NBA championships with the Warriors in 2017 and 2018, becoming a regular rotation player, and resigned with Golden State for 2018-19.

On January 9, 2022, Looney recorded a career-high 18 rebounds against the Cleveland Cavaliers, playing in all 82 games of the regular season, \making a career-high 80 starts.

Thompson, the son of former NBA player Mychal Thompson, played his college basketball for three seasons with the Washington State Cougars, where he was a two-time First-Team All-Conference selections.

He was selected in the First Round of the 2011 NBA draft by Golden State with the 11th overall pick.

In 2015, Thompson helped lead the Warriors to their first NBA Championship since 1975 and was a key contributor to the Warriors’ 2017 and 2018 titles.

On January 8, 2022, after dealing with injuries, Thompson announced he would make his return to the court on January 9 against the Cleveland Cavaliers.

In his return, Thompson scored 17 points on 7-from-18 shooting in 20 minutes, as the Warriors defeated the Cavaliers 96–82.

In Game 3 of the first round of the 2022 playoffs, Thompson scored 26 points in a 118–113 win over the Denver Nuggets, passing Hall of Fame guard Ray Allen for third on the NBA playoffs all-time three-pointers list.

As a junior and senior playing college basketball for the Oregon State Beavers, Payton was named First-Team All-Pac-12 as well as Pac-12 Defensive Player of the Year.

The son of former Beaver and Hall of Famer Gary Payton, his nickname has been “the Mitten” or the “Young Glove,” in reference to his father’s nickname “the Glove.”

After going undrafted in the 2016 NBA draft, Payton II joined the Houston Rockets for the 2016 NBA Summer League, but was later waived on October 24 after appearing in six preseason games.

On October 31, 2016, he was acquired by the Rio Grande Valley Vipers as an affiliate player of the Rockets.

After signing with the Bucks, Lakers, Wizards, and Raptors, as well as doing two more stints with the Vipers, Payton II signed a 10-day contract with the Warriors.

He was waived shortly before the start of the 2021–22 NBA season, but was re-signed by the Warriors on October 19, posting a breakout season, and starting the first two games of the Western Conference semifinals.

Fraser first played basketball for Long Beach City College, coached by his father for one year before transferring in 1984 to the University of Arizona, where he was a backup point guard from 1984 to 1987.

After graduating, Fraser served as a graduate assistant for the Wildcats under coach Lute Olson from 1987–1989, helping the top-seeded 1988 team make Arizona’s first Final Four appearance.

In 2004, Fraser joined the Phoenix Suns as a scout, reuniting with former Arizona teammate Steve Kerr, who was part of the team’s new ownership group and later became general manager.

Fraser won his first NBA Championship with the 2014–2015 Warriors team, which defeated the Cleveland Cavaliers 4–2 in the NBA Finals. 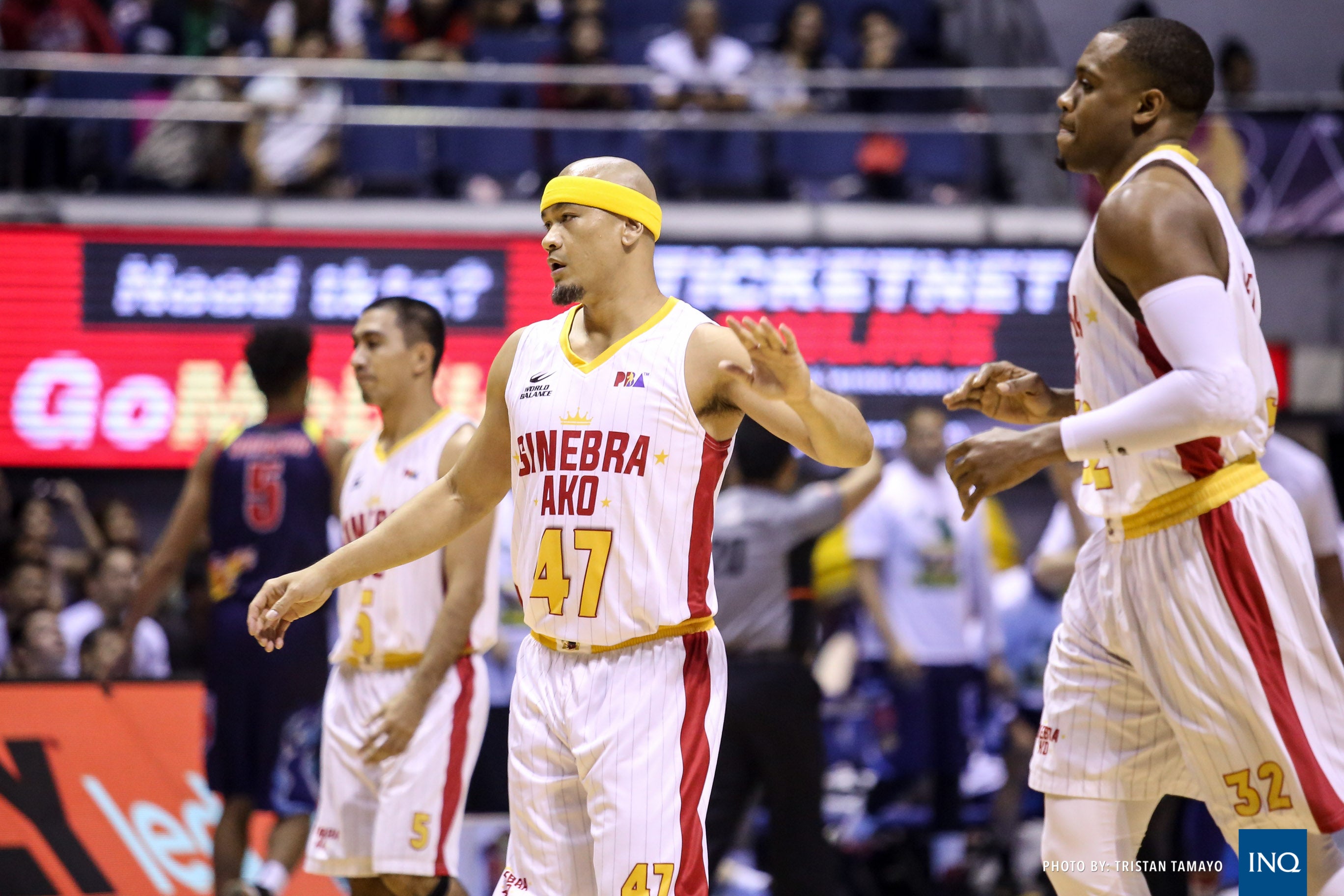 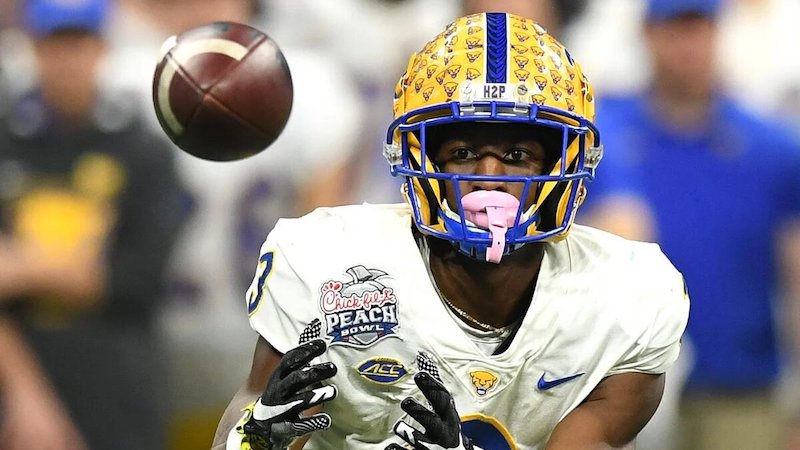